Must-See Shipwrecks Around the World

To see the remains of once-magnificent ships rusting in shallow waters or observing the slow process of massive machinery and the sea becoming one is unlike anything else. There’s something hauntingly beautiful yet incredibly eerie about these wrecks, seemingly frozen in time. Explore the surreal landscape of these sunken treasures with our guide to must-see shipwrecks around the world.

SS Ayrfield, Homebush Bay, Australia
Originally built in 1911 and later on used as a way to transport supplies to troops during World War II, the SS Ayrfield now rests in a watery grave in a shipwrecking yard on the shores of Homebush Bay. Evidently, the fact that it was was built with over 1000 tonnes of steel didn’t deter local flora from taking over which has resulted in an almost surreal type of aquatic forest. A thick grouping of mangrove trees provide a stark contrast against the rusting body of this once-magnificent vessel. Especially dazzling at sunset, the SS Ayrfield continues to draw photographers and admirers year-round.

Astron, Punta Cana, Dominican Republic
Visible from the shores of a densely populated beach, the Astron was a Russian-owned freighter that met its end in the late 1970s after running aground and splitting in half. Today, the ship remains partially submerged, making it a popular destination for adventurous divers. An excellent spot to observe an impressive variety of underwater creatures, the site of the Astron deserves a place at the top of every tourist’s must-visit list. 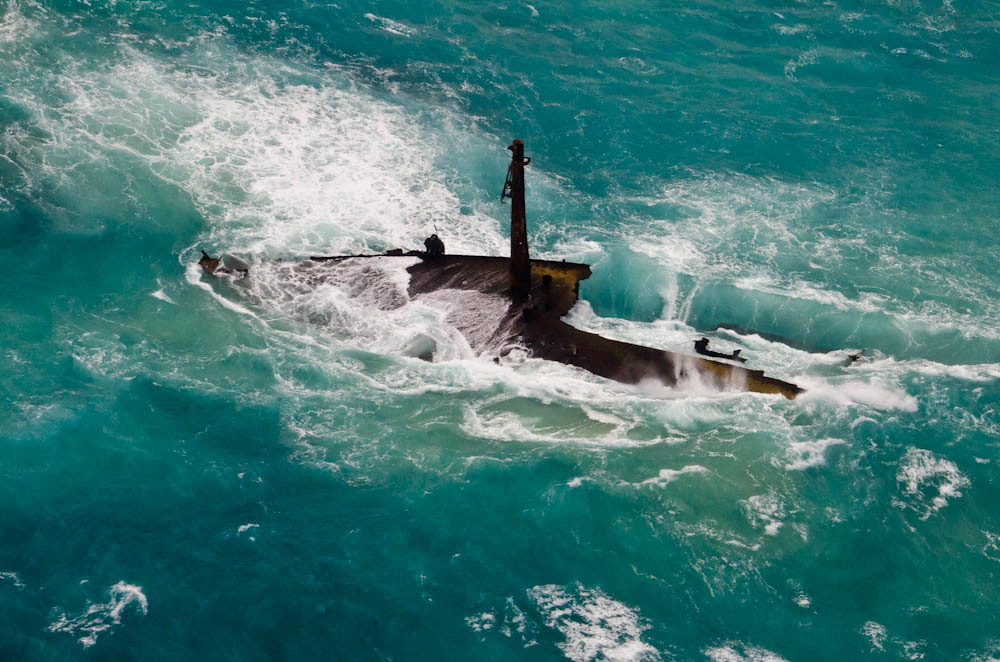 SS American Star, Canary Islands, Spain
Once considered to be the among the world’s most spectacular ships, the SS American Star first hit the open waters in 1940 as a method of transporting troops. Eventually, the magnificent ship was sold to a development company with the intention of being retrofitted and transformed into an aquatic hotel. On the way to its final destination, foul weather caused the towing crew to abandon the ship where it eventually found its way to Playa de Garcey where it eventually broke in two. At first, the majority of the American Star could be observed from land but as time went on, the ocean began to claim the ship as its own. Today, only a small part of the ship can be seen but it remains a tourist attraction, and for good reason. The ghostly remnants of this once-beautiful vessel are absolutely haunting, in the most spectacular way.

Eduard Bohlen, Skeleton Coast, Namibia
Should you find yourself wandering through the sands of Namibia’s Skeleton Coast, don’t be surprised if you’re suddenly in the shadow of a massive marine vessel. The wreck of the Eduard Bohlen, a passenger and cargo ship that was run aground as a result of fog in the early 1900s, is now resting a fair distance from shore. Once a 310 foot vessel, all that’s left of the Eduard Bohlen are skeletal remains which seems appropriate, given its final resting spot. 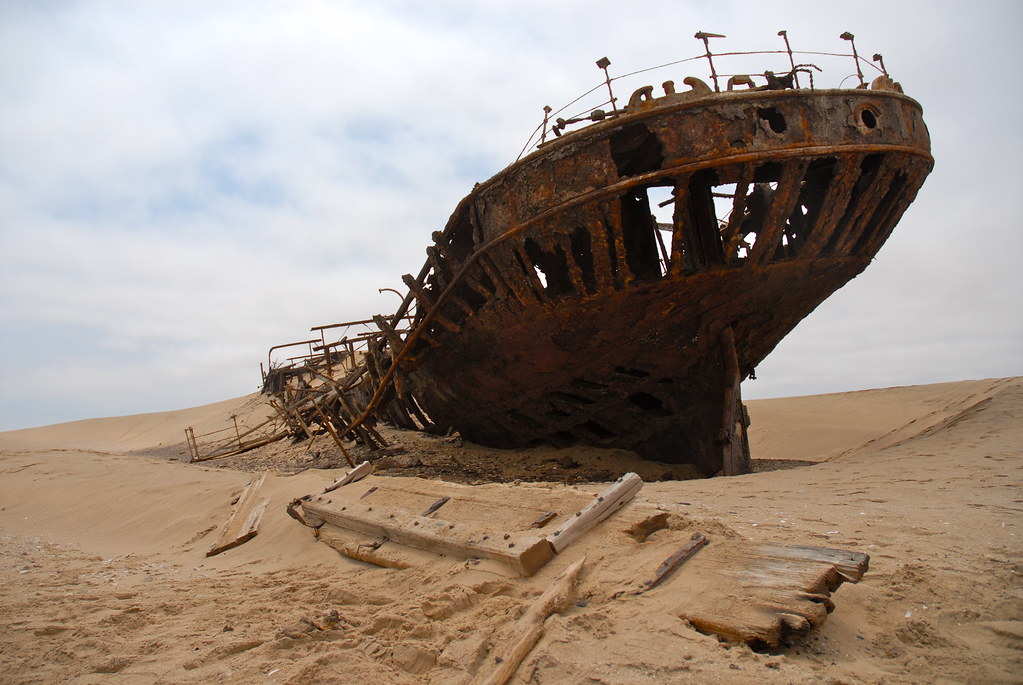 MS World Discoverer, Roderick Bay, Solomon Islands
Once a perfectly lovely cruise ship that enjoyed a vibrant life charting course in all sorts of waters, the MS World Discoverer met its untimely demise after striking reef or rock in the Sandfly Passage of the Solomon Islands. While the ship’s captain was able to keep the vessel from sinking by running it aground, the aftermath of the wreck meant that the World Discoverer was no longer seaworthy. Today, the ship has been stripped of all fixtures and all that remains is its rusty exoskeleton which, viewed from shore or water, is still pretty impressive.