If you think an island paradise has to have palm trees and a rum drink, this list is not for you. But if you’re craving an island escape to a wild, remote place few other people will ever see and don’t mind a bit of rain wind and ruggedness, these islands spots in the Northwest have your name on them. Half the reward will simply be getting there. If you can.

Sgang Gwaay, Haida Gwaii
Sgang Gwaay is perched on the edge of the edge. It’s a tiny island clings to the southwest corner of Canada’s Haida Gwaii, or Queen Charlotte Islands, which are themselves clinging to the continental shelf, 90 miles west of the rest of British Columbia. The island is best known for the Haida village of Ninstints, with its mortuary totems, a UNESCO world heritage site. Getting there itself will be an adventure, involving some combination of plane, ferry, kayak, and zodiac. It’s a rare spot in the world, not to be missed. And see it while you can: the ancient totems are continuing to erode in the weather. 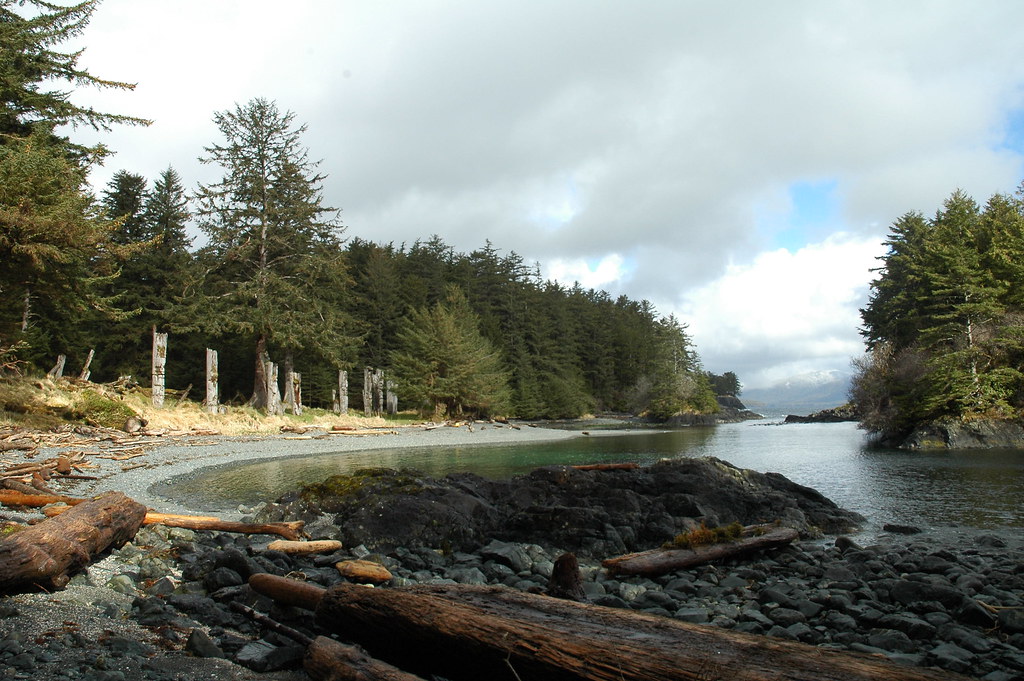