North Carolina is one of the most visited states in the country once the summer rolls around thanks hot weather and some of the most picturesque beaches south of the Mason Dixon. The state is small enough that you could probably visit most of them in a couple of weeks if you wanted to, but if you’re pressed for time here are a few you probably don’t want to miss.

Topsail Island
Just south of the illustrious Outer Banks lies an island paradise known as Topsail Island. Well, it’s about as close to paradise as you’re going to get in the continental U.S. at least. The island is made up of 26 miles of pristine coastline and some of the warmest waters on the Atlantic, making it perfect for both mid and late summer getaways. It’s also home to thousands of Loggerhead Turtles each year which makes quite the spectacle for both kids and adults alike. Kayakers favor the area thanks to the calm waters of the Intracoastal Waterway so feel free to rent a boat and sail away for awhile.

Bald Head Island
If you’re looking to escape the crowds there’s probably no better beach than the ones found on Bald Head Island. This charming little plot of sand on the east side of the Cape Fear River lacks a lot of the amenities you might expect to find in tourist areas, like roadways, but it makes up for it in sheer beauty and ample opportunities to kick back and relax. It’s thought to be home to a few of Hollywood’s A-List and the only way to get around is by golf cart in many areas. South Beach has the calm waters perfect for families while East Beach is where to be if you’re looking for a little fun on the waves. 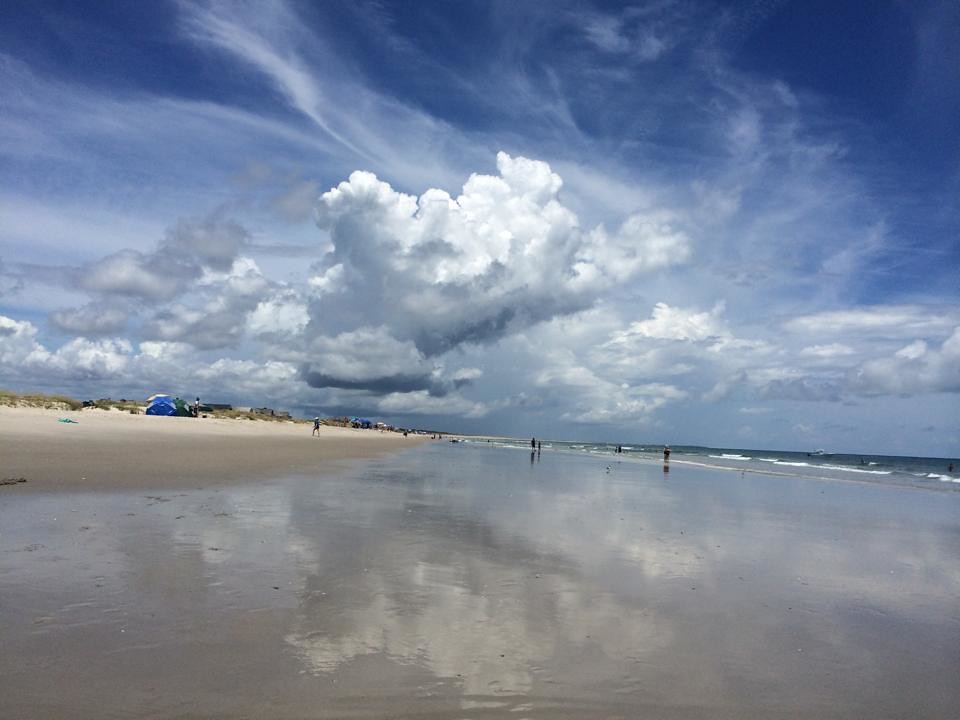 Wrightsville Beach
Wrightsville Beach is easily one of the most picturesque beaches in North Carolina thanks to crystal clear waters and consistently clean strips of sand that stretch four miles along the coast. The area has 44 public access points so it’s not hard to find your way to the water, but that also means it can get a little packed during the holidays. The real draw of Wrightsville Beach is the waves. They’re gentle enough in the summer that newbies are free to get their feet wet with surfing but the waters start to rage when fall moves in and the area becomes host to numerous national surfing competitions.

Emerald Isle
Emerald Isle is the perfect destination for those who enjoy spending their time both above and under the water. Set amongst North Carolina’s exquisite Crystal Coast, Emerald Isle contains some of the state’s clearest waters and whitest sand making for some seriously stunning sunsets. It’s also near the famed “Graveyard of the Atlantic,” one of the country’s largest wreck-diving sites. Underwater explorers here will have a blast diving down to discover shipwrecks from decades gone by while also swimming alongside some beautiful Gulf stream fish and even the Portuguese Man-of-war.

Ocracoke Island
Walking through the streets of Ocracoke is reminiscent of taking a step back in time with its relative lack of modern conveniences. Sure, there are streets and cellphones, but with only 800 residents and a lack of touristy amenities it feels more Mayberry than Miami. The 16-mile long island can only be reached by boat, which might explain why it’s not as popular as its Outer Banks counterparts. Without much in the way of entertainment Ocracoke isn’t exactly a prime destination for families, but walking along the many dunes makes for one romantic getaway.